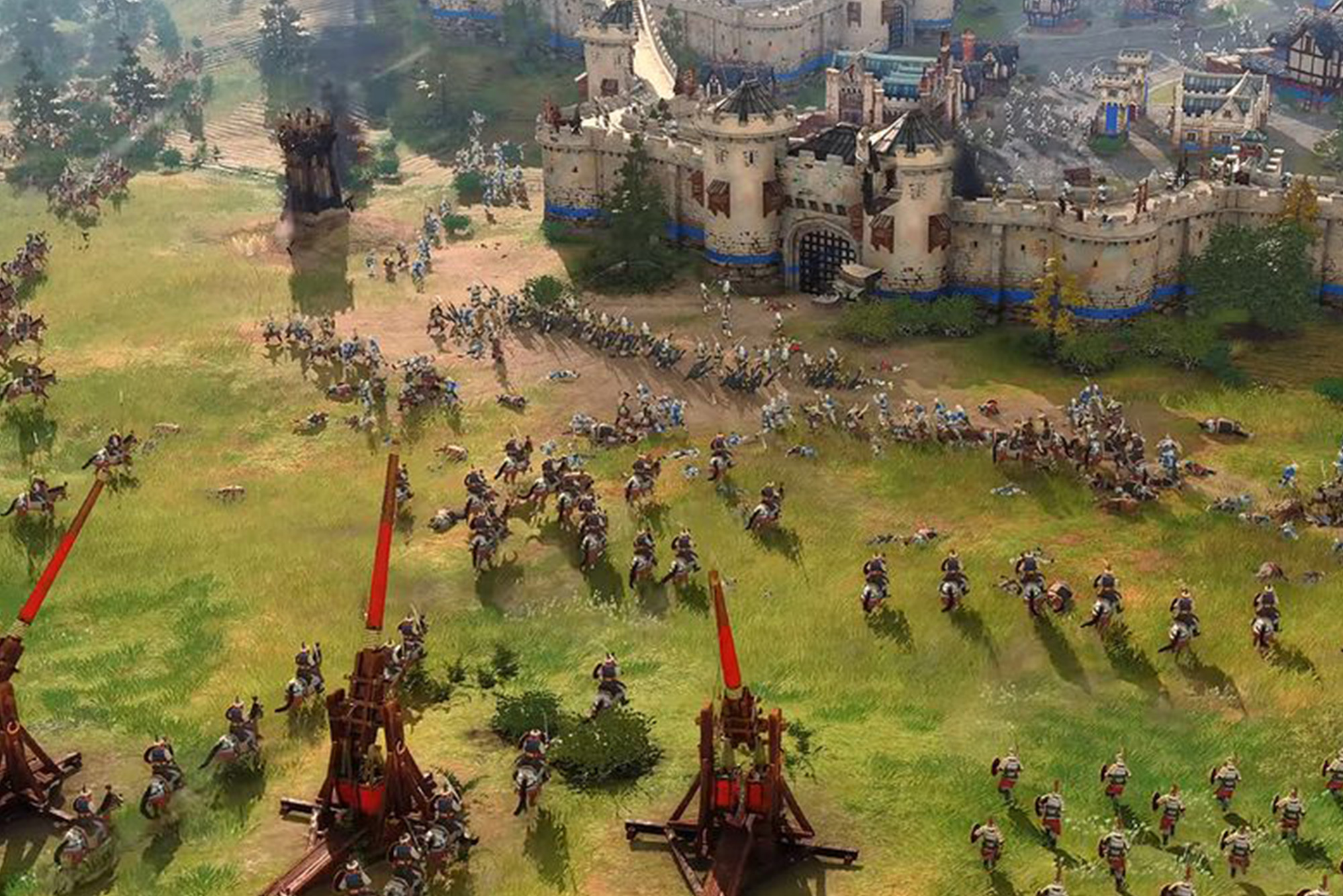 For many players, the Age of Empires series is more than just a slide, many have accompanied the series since the first part and so, like us, Age of Empire has grown steadily. Now the release for the 4th part is due. But if you take a closer look at the releases, it becomes clear that due to the recently released Definitive Editions for the second and third and the various revisions of all parts that have already appeared before, we cannot really speak of the fourth game in this series. With this trick Microsoft always knew how to inspire the fan base and offered all players a permanent haven in dreary times. Whether the fourth part or the two Definitiv Editions, which are also supported in parallel, will really hold up and not ensure that your own fan base is too widely dispersed and thus lose focus, will probably only be seen in the coming months and years. If you'd like to learn more about Age of Empires 4 and the strategy game market, then just read on.
A large number of development strategy games have been announced for the year 2021 and the following. So three games of the Builders series are to appear, which are to be understood as a remake of the traditional series. Builders of Egypt is even expected to appear in the first half of 2021. But even one-man projects such as Manor Lords already look very interesting and worth playing in the advance notice. But how can Age of Empires 4 score against it, what will it do differently?
The template for Age of Empires 4 is obviously the second part of the series. So there will be the familiar structure of a game in addition to the campaign missions, as user-defined scenarios. In those you start with some villagers and a scout in the spirit of Age 2. The developers are not aiming for a clumsy work-up with prettier graphics. After the release we will be able to assess whether they will succeed.
A clear differentiation should be made through a greater variety and a profound game mechanics. In this way, more options for troops, developments and strategies are already possible in the first age of the “dark time”. The step up into the next age also brings something new, so we always choose a specific building for each step up, which we are allowed to place afterwards. So with the first level up there are two paths for one and the same nation and with each further advance there are probably further specializations. Three different game modes are currently announced. So there is the standard victory, in which we have to destroy the specific buildings, also called landmarks, as well as the enemy's village center. The second game mode is about the usual wonder of the world and its destruction and the third victory condition is already known to many from other games, but new to Age of Empires. It's about the conquest of checkpoints by monks. However, it is not yet clear which of these three game types will be used for the competitive mode.
Fewer factions bigger differences. There are said to be 8 parliamentary groups, 4 of which are already known, including the British, Chinese, Mongols and the Delhi Sultanate. This should develop a lot of flexibility, new possibilities and a better tactical game. More skills for individual units, whether passive or active, is not yet known. Only Mongols should receive extra hero units from the khans.
The city develops dynamically with the construction of buildings, for example streets are drawn automatically, depending on the development.
The current animations still seem a bit comic, like the oversized arrows, the golden ghosts that appear during the construction of buildings to symbolize the need for a lot of manpower for the implementation of a project.
The narrative is designed more as a documentation, over 3 hours of real film were shot and produced to accompany the campaigns.
The developers Relic and other well-known ones like World’s Edge give the fans a lot of hope for a successful and exciting new Age of Empires.