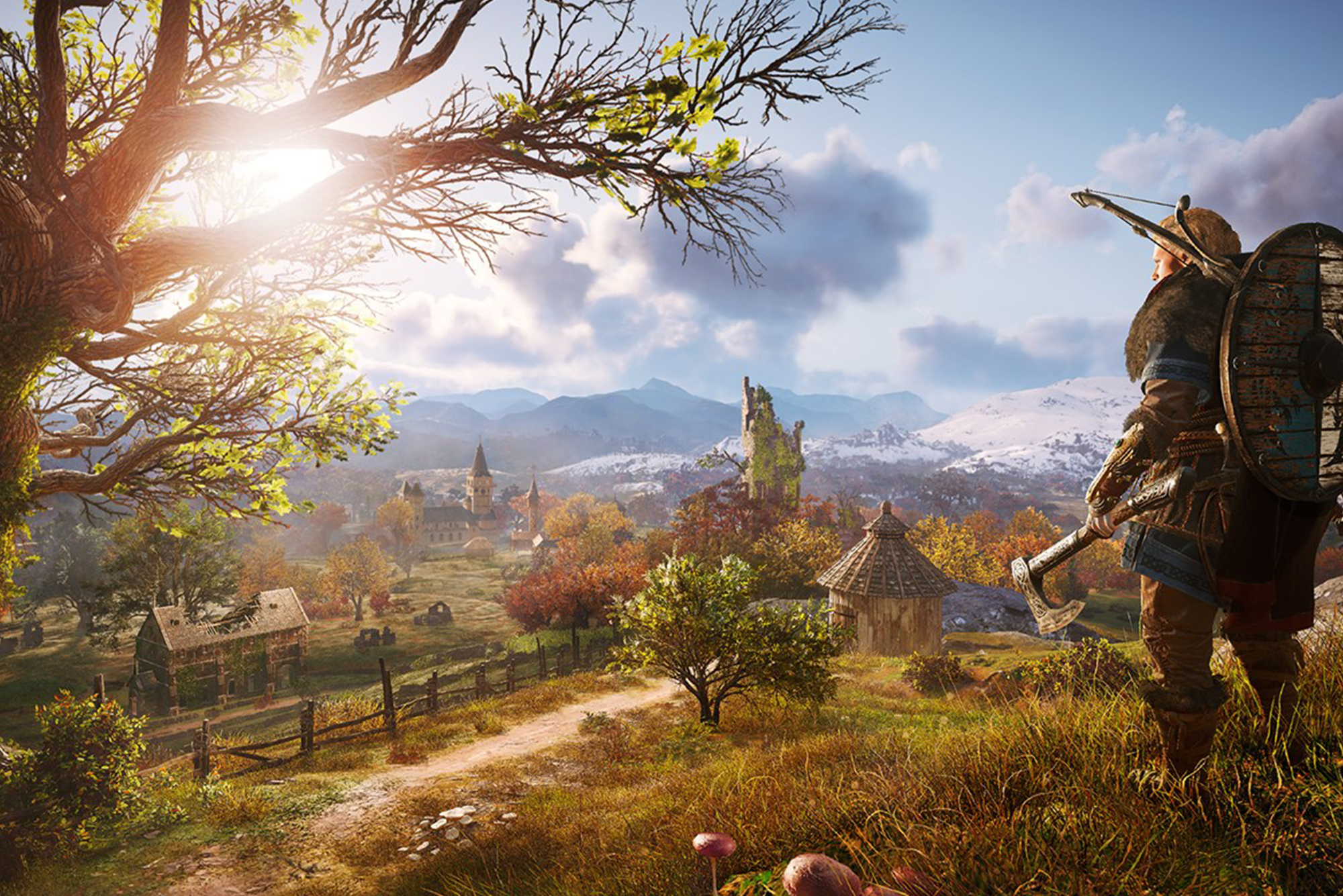 Since November 10th, 2020 all Vikings followers can fight their way through the forests and cities of England, as well as Norway or Asgard, the land of the gods.

The story begins here as Eivor, a Viking or a Viking alongside other great Northmen like Sigurd, Ubbe Ragnarsson and Ivar Ragnarsson through the old England divided into 4 kingdoms. Here, forging friends and alliances, overthrowing kingdoms, but also your own village administrations are gilded. You can just wander through the countries and manage quests or you drink your men and start a raid on monasteries and villages to get the necessary materials to expand your village.

See you plundering through the huge open world of England you will always find new weapons or equipment, as well as cosmetic items with which you can change your character as you like. In addition to two-handed weapons, your nun can also carry two one-handed weapons and independently, whether you throw yourself at the enemy with an ax and shield or rather two axes. As known from those responsible as you, your mount as well as your winged companion, style and even heard.

This is one of the eagles, this time no longer called the raven "Synin", in the Nordic style. Depending on your gaming experience and rights, you have the right to include 3 levels of difficulty:

Depending on how you want to play the game, you can also distribute the points in the new skill tree according to your play style and preferences and thus further improve either your sneaking or fighting skills.

In and of itself, AC: Valhalla brings some new features compared to older parts that make you want more and take you into the fascinating world of a Viking.