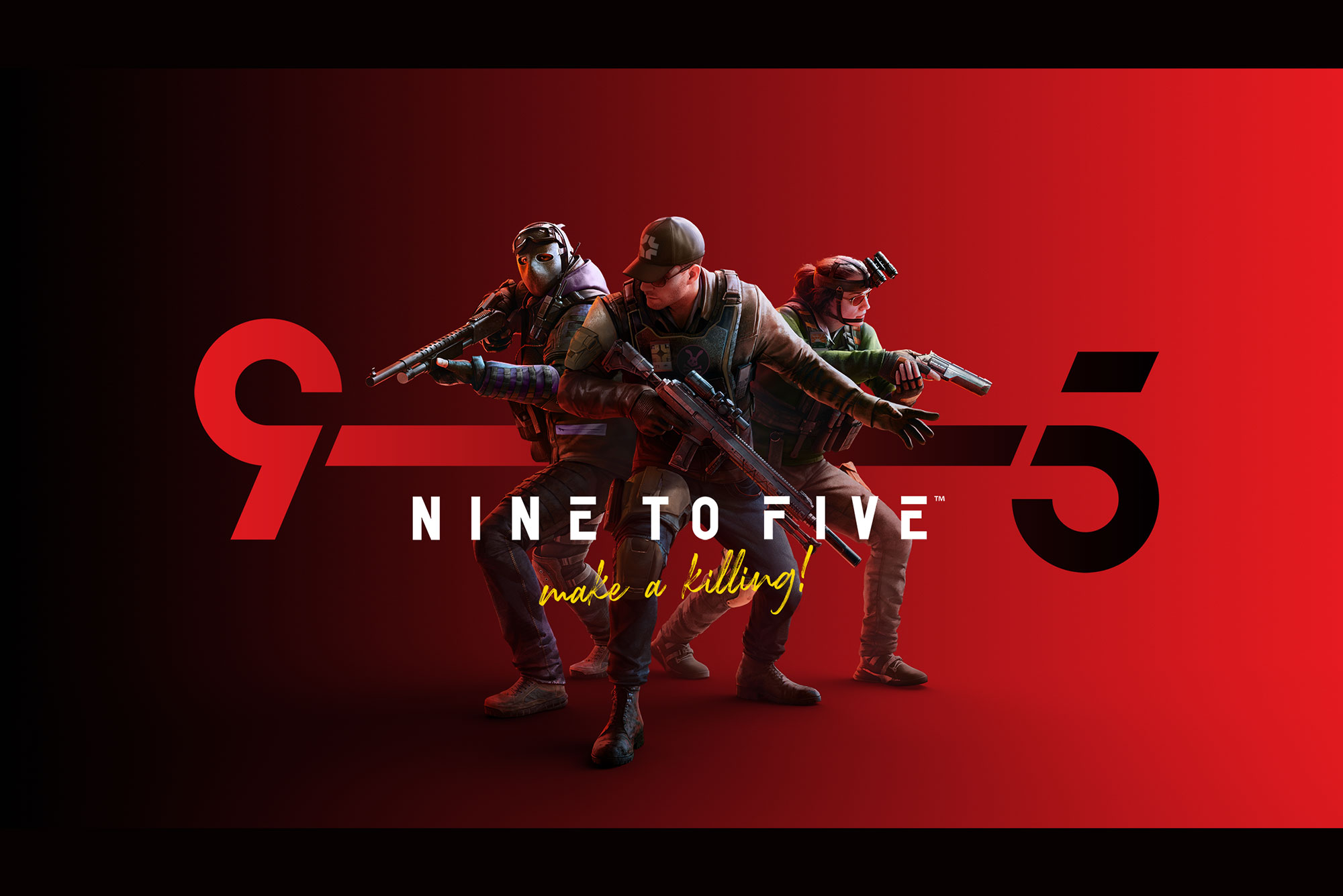 Nine to Five is very well known to many employees, but we don't want to talk about this working time model today, but rather introduce you to a new hope in Tactic Shooter Heaven. This game has been playable in Early Access on Steam for some time and we too plunged into the world of Nine to Five with a small team.

You can watch the trailer here:
https://www.youtube.com/watch?v=Q8xi2FZEAhU

To be brief for everyone, the game could easily be compared to Rainbow Six Siege. But somehow not either. This is primarily due to the fact that the game worlds are significantly larger, but also due to the most fascinating difference, because three parties always fight against each other in a game session. A game round is always made up of three short 4-minute phases. Three teams, each consisting of three people, try to complete the corresponding task in the respective phase. The three teams with a small number of people always create a very varied and exciting atmosphere. Because in addition to the one defending party, there is another team that also storms the target and thus it can come to very fast dogfights in a narrow space, or even to sniper duels over several blocks. Which tactics you then pursue is entirely up to you and you will only know afterwards whether it leads to success.

Two cards are currently very stable and playable without restrictions. A third one was only recently introduced through an event and so the game is getting bigger and bigger step by step. The weapons have also been expanding since the start and can be adapted as required using attachments. In order to get this, however, it is not important to play a weapon over and over again and to master it, but to complete tasks that can be selected in the leaderboard. If the corresponding task reward does not suit you at all, there is still the option of rolling it around when you receive it and hoping to receive something more suitable.

When playing, in more than 30 hours, we were surprised by the stable lobbies and the bug-free gaming experience. In order to develop this further, a questionnaire was built in, which the players can fill out at any time in order to be able to give direct feedback. My biggest criticism of the game is not of a game-mechanical nature, as many would expect, but the possibility of renaming your character. At the start of the game I forgot a letter without noticing it and now unfortunately I have to live with it.
I think everyone who wants to move a little tactically and would like to play in three squads should take a look at Nine to Five and make their own experiences.

So if you haven't already looked into Battlefield 2042, you could also try this hitherto little-known shooter game