Top Five Performing League of Legends Teams in 2020 so far

The world's finest League of Legends teams have kept fans entertained by engaging in several exciting clashes throughout 2020. The Mid-Season Invitational was scrapped due to the Covid-19 pandemic, but the spring splits served up exhilarating action, the Mid-Season Cup was a compelling event and the summer splits are now underway. Riot Games is still planning to host its 10th annual World Championship later this year, and several big teams are battling for a shot at glory. These are the best performing teams of 2020 so far:

Top Esports have been the most impressive LoL team of 2020 so far. Knight, JackeyLove, 369 and Karsa have all excelled, while yuyanjia, Qiuqiu and Photic have provided strong support. Top Esports played well in the LPL spring split and finished fourth in the standings, with an 11-5 record. They swept Team WE aside in the quarter-finals and then easily beat IG in the semis to set up a finals showdown with JD Gaming. It was one of the most exciting clashes of the year, but JD Gaming ultimately clinched a 3-2 victory.

Yet TES did not spend long wallowing in misery. Knight was named playoffs MVP, and he carried that superb form into the Mid-Season Cup, which brought together the top four Chinese teams and the top four South Korean teams in order to crown an Asian champion. TES escaped from Group A with a 2-1 record and beat the last remaining South Korean team, Gen.G, 3-0 at the semi-final stage. They came up against reigning world champions FunPlus Phoenix in the final, and star duo knight and JackeyLove led the charge once again as they battled to a 3-1 triumph.

TES have proven their ability to defeat a wide range of opponents and overcome various challenges along the way. They boast a genuine superstar in knight, while JackeyLove has been on fire this year, and the entire team looks strong, versatile and highly impressive. They have opened up a commanding lead at the top of the LPL summer split standings after winning their opening six matches, and they are now the favourites in the betting odds at Unikrn whenever they head into battle. TES look like the team to beat at the Worlds, provided the event goes ahead.

JDG's victory over TES in the LPL spring split finals was a masterclass in coordination and precision. It was an action-packed five-game series against a phenomenal team, but superb teamwork ultimately saw JDG prevail. One of the plays of the year saw LVMao freeze every TES member apart from JackeyLove with Bard's ultimate, and then Kanavi zoned JackeyLove out, allowing JDG to lay waste to their opponents and clinch their first ever title.

Zoom was the catalyst, as JDG won 15 games on the bounce after he returned to the starting line-up from quarantine. They did not drop a game until that final against TES, when they found themselves 2-1 down, but they displayed admirable flair and determination to battle back and secure a 3-2 victory, with LvMao deservedly named finals MVP. JDG then went to the semi-finals of the Mid-Season Cup, where they lost to IG. They have made an underwhelming start to the summer split, but they remain a strong team, capable of beating anyone on their day.

T1 cemented their position at the summit of the LCK when they seized glory in the spring split earlier this year. They breezed through the regular season and then annihilated their opponents in the finals. T1 picked up a 3-1 victory over DragonX to tee up a Finals clash against Gen.G, which they won 3-0. The gulf in quality between the two teams was evident throughout the contest, as every single T1 player was immaculate. Cuzz was named MVP, while Canna also looked strong, showing that T1 picked worthy replacements after losing their star top laner and jungler in the offseason.

It was T1's third consecutive LCK title, and it reaffirmed their status as playoff specialists. They have an uncanny ability to raise their game when it matters, despite roster changes, and they have now secured nine titles. T1 beat Gen.G twice in the regular season, and they have made another strong start to the summer split. Cuzz has linked up well with Faker, and this squad has significant potential to improve ahead of the Worlds as they bid to erase the memory of their poor showing at the Mid-Season Cup.

G2 Esports enjoyed a brilliant run of results in 2019, as they won the LEC spring split, the Mid-Season Invitational and the LEC summer split, before finishing runners-up at the World Championships. They have maintained that strong form in 2020. They finished top of the standings in the spring split, eased past MAD Lions in the semis and secured clean sweep victory over Fnatic in the finals.

They have since made a sluggish start to the summer split, while MAD Lions are on fire, leading to talk of a potential power shift. However, G2 showed their quality when beating MAD Lions recently, and they should roar back to life as the split progresses. This is now an experienced group, and G2 will be Europe's greatest hope of success at the Worlds.

Cloud9 are easily the best team in North America right now after leaving Team Liquid firmly in the shade. Blaber, Licorice, Nisqy, Vulcan and Zven shared $100,000 after beating FlyQuest to secure the LCS spring title in April. They have since made a 6-0 start to the summer split, and no team in North America can match their collective might.

Cloud9 are blessed with a very talented coach, and they have quality players in almost every position. However, the jury is still out when it comes to assessing their ability on the world stage. The lack of a Mid-Season Invitational did not give Cloud9 a chance to pit their wits against the finest teams from the LPL, LCK and LEC, and it is therefore hard to tell how they will fare against tougher opponents. They have crumbled under pressure in recent years, making mistakes against tough opponents, but they have certainly been impressive in North America so far this year. 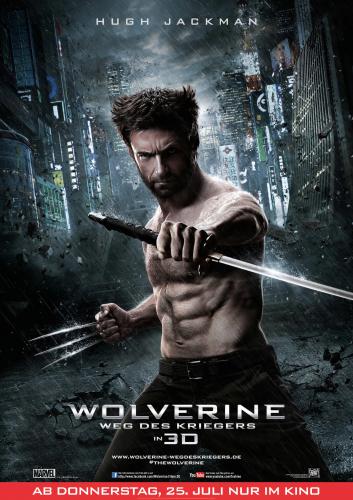